How To Find Gratitude 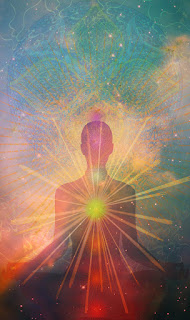 To get rid of negative thinking and turn it into love for your life, starts with gratitude. How do you find gratitude when you are filled with anxiety, fear or depression? Look towards the people, places, and things that make you think of joy. Think of the person that makes you feel love for yourself. The thing that you look at to find inspirations for your own creativity. The place that you sit and connect with the beauty this world holds. To know that we are all in human form to learn together and that you are never alone. To sit and breathe in life and release all doubt that makes you feel less than. Reach for the part inside of you that connects you with the knowing that you are an extension of the ever-growing power of creation. The power that tells you the possibilities are endless, and you are here to expand your own powers for the betterment of all.

Even in the worst of times, we can look towards the part where miracles are made, where life is created, where love is formed and where each small thing makes the big things. Take all this gratitude to fill you up with over-flowing joy for being alive and know that it is enough. To look at the body you are in and see the miracle of the awareness that you are not the body and the body is a gift for the soul’s growth. Find the gratitude in just being in this moment. To see the feet, the hands, the body, and to feel the breath go into the lungs that brings forth the spirit of life. To know you are right here and no where else matters and that you are an extension of the God that brings forth this awareness.

Reach for this knowing now and always that your consciousness is never ending and that you hold ever lasting life. That death is the new beginning and the last enemy to conquer. Just breath and know that you are enough. This is how to find the gratitude.

Posted by In the Mind of Something Greater at 10:01 PM No comments:

Standing alone, the Love began to see a light that shown into this feeling that was never seen before. This light healed the wounds inside the Love and made it stronger than ever before. As the Love began to shine the light that was given so freely from above, the thought of Fear became shadowed by so much light from Love.

The Fear that followed the light into the feeling of Love became even brighter as the Love gave so freely to the Fear.

Each time the Fear intertwined into the Love, it began to lose its identity. The Fear woke up one morning with the feeling of Love and could not remember what the Fear was to begin with.

The thought that grew into the Fear with no Love at all became darker and darker. As the darkness grew, it began to overpower the feeling and thought that was now full of Love, and the Fear became stronger.

With each thought of Fear that went further into the darkness, the more lost they became. They tried to create their own light but soon realized that without the feeling of Love, they were only making themselves darker.

The Fear became so dark that it was never seen by any feeling of Love again. The thoughts and feelings of Love became so strong from the unknown light that they began to see a new thought and a new feeling that was filled with even more Love.

Each time the thoughts and feelings intertwined with Love, the light between the two became even brighter. Now the light that was unknown at the very beginning when Love surrendered and had no thought of Fear, was always there at the center of all thoughts and all feelings of Love.

The stronger the thoughts and feelings became with this feeling of Love, the lighter they wanted to shine. As they began to shine brighter and brighter, they began to seek the darkness as they could share what light they had. The darkness was so dark that it could not see the light.

As the thought of Fear gained the strength to reach for the light of the feelings and thoughts of Love, the light from this Love took the darkness of the Fear and began to repair the wounds that burned into the Fear as it reached up into the light of Love. This time the thought of Fear, which began to intertwine with the feelings and thoughts of Love, found that the strength in the darkness that was now healed was different from before.

There came a day when the pieces of Love and pieces of Fear formed into only two pieces. There were no more choices because all the thoughts and all the feelings had already made their decisions.

Posted by In the Mind of Something Greater at 2:09 AM No comments:

The Light of Love; A Meditation

Posted by In the Mind of Something Greater at 11:43 PM No comments: 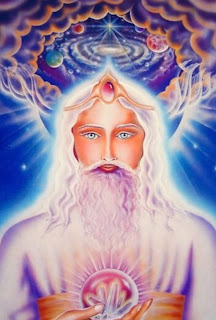 As the energies are becoming more defined on your planet, you will become aware of how the thoughts form into your view quite rapidly if you have not already experienced this shift. When thinking of someone, they will be seen or will reach out to you soon after the thought of them. There will be a noticeable difference within the sounds and colors as you become tuned to this vibration of knowledge. The possibilities will become endless as you realize you can form these strands of energy into physical matter.

At first it will bring a fluid feel to the knowledge like the waves in the ocean. You will think you understand and then that wave of knowledge will fade away. Each time it comes and goes, it will become stronger during the next encounter. You will then become aware that the emotions and the principles can be put into this knowing as well.

All energies can form into that which you believe. This awareness brings a whole new level of possibilities. You will then realize that if you can form the principles, thoughts, and emotions into physical form, you will need to be careful with what you feel and think. You are capable of projecting what you think and feel into others and can play your greatest fears out and not realize you created the whole experience.

The masses are being controlled to create a level of fear so the dark forces can feed off this fear. Without the fear, the dark forces would not exist. They are the reflections of all fear held. The more fear you have, the more darkness you experience within your world. Even within the pandemic, you can hold a high vibrational level and not experience the fear that the masses are held within. Emotional independence is necessary to stay out of this level that has so many believing that they cannot control their thoughts or feelings.

This is one of the most important timelines in all of humanity. The future is formed from the decisions in this moment. The past provided the knowledge that brings all humanity to this pivotal point in time. Everything has been prepared perfectly for this knowledge like the soup that simmers to mix all together for perfection. All sense the importance and all feel the shift inside.

Those that look for others to provide the answers are the most at risk. The knowing lies inside and the messages will only be provided in the outside view. You are ripe for this harvest and know the time is now to awaken to your truth. We speak through many; we speak through ONE. The spiritual war is now the war for your very freedom. You can no longer look towards others for your truth.

You can no longer look for someone else to take responsibility for you. Hear this trumpet sound and wake to why you are HERE. Everything you say, everything you do, everything you think, and everything you feel brings you to this moment. The body is ready for this change as the spirit moves into the crown chakra and down into the heart center. The soul has been restless with these games the masses are playing and the unity is necessary for the soul to connect with the higher order.

Close your eyes and see the light move through the body and into the soul that sits beside the heart. The third eye is the driver’s seat for the soul’s connection to the higher order. Open the window inside the mind’s eye and see how the body is changing into the crystalline body. This is the light body that radiates out into all worlds, all universes. You can no longer look away and hope it does not show up another day. You are now to take a stand and be responsible for what you know. You can see the path in the mind’s eye that is trying to guide you. Hear the whisper of the voice that reveals your truth. The higher order is speaking to you for the awakening. It is vital for your freedom to listen the voice inside that tells you to take your stand and to speak your truth.

Posted by In the Mind of Something Greater at 10:44 PM No comments:

The Place Where All Fears Dwell

Posted by In the Mind of Something Greater at 10:40 PM No comments:

All content from this blog can be copied for educational purposes only with the requirement that the author gets recognition for the information.