The Place Where All Fears Dwell 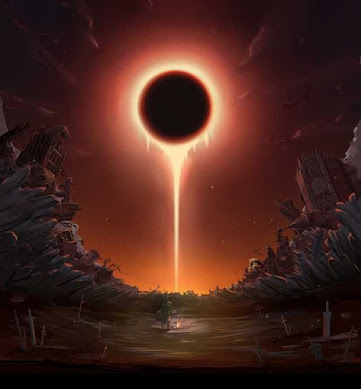 I came to this planet seeking to help with the awakening for all that lived in human form. Earth was in a war between the dark forces and those who served creation. Humans were the pawns in this war and I wanted to help provide them with the knowledge for power against the control the dark forces held on this planet. I did not anticipate the world that I found.

I remember flying through the trees as a ball of light, full of excitement and wonder when I first came into physical form. I remember saying that I wanted to experience this planet to further creation for all. I remember the thoughts of how easy it felt knowing that all you need is a spark of love to ignite the inspirations for creation. I planned how I would come into human form and help in this war by activating the feeling of love for everyone. Life after life I lived with attempts to bring the knowledge of the higher realms out into earthy form. Life after life I became weighed down in the density of Earth’s frequency.

Each time I raised my vibration with the feeling of love, the lower densities would sense my rise and find ways to bring me back down into the darkness of fear. The times I became aware of the dark levels of consciousness that tried to weigh me down, this source would take great efforts in ensuring that my memories of the higher realms were forgotten. This source would take my fears of feeling alone while in human form and twist these fears into the illusions of not being loved. I would experience the anxiety and worries that this place suffocated me in. I even longed to end it all with the hopes that feelings of something other than these feelings existed. I kept this longing that I called “a hole in the soul”. Each life brought more suffering. I did not see the bondage I placed myself into each time I focused on what might be or what has already happened. The voices in my head would always lead me back to the fear of being alone.

After many life times of planning ways to remember where I come from and who I really am to help those suffering in human form, I found a frequency during a period on Earth where there was a cross section between the darkness and the light. The densities separated in this cross section as the dark level and light merged into one and then split. This time-line was the most talked about period in all the universe. This time-line held a point where there was a physical split between the darkness and the light. This was the most important time-line for all the universe. I coordinated with those in the higher realms who assured me that together, we could rise into the higher frequencies for the betterment of all in human form.

Only love for humans filled me as I sank down into the lower densities to go once more into human form. This would be my last attempt to keep the knowing of who I am to help fight against the darkness that was seeping into every form that lived inside the Earth. I wanted to keep the knowing for all that to rise into the loving frequencies would bring this planet out of the fears that controlled humans. I wanted to prepare them for the physical split between the place where all fears dwell and the creation through love.  Many books throughout Earth’s history called this time the “End of Times” or the “Last Days”. It was talked about in many religions as a time when all souls are cleansed and was referred to as the “harvest”.

The higher realms were concerned for this planet called Earth as most that lived there were under the spell of the darkness where all fears dwell. Much hatred and misery mixed in this frequency and each thought that touched this level felt like quicksand to create a blackness with no hopes to ever return. The challenge for those who came to help rise the human out of these frequencies were to not get pulled into this quicksand of despair.

Those who were with me on this mission knew I would forget all the knowledge needed to help in this war as I dove into the unknown levels with the hopes to help those in the place where all fears dwell. The lower frequency levels made it difficult to remember that I am connected to the higher realms. A feeling of loneliness caused many struggles for all those who chose to live in the human body.

The source behind the darkness knew my plan and with much confidence, prepared for my descension into the lower levels of consciousness. With each plan that was created, the source of all darkness would splash fear into the mix. I became confused with all the illusions. Those who planned this mission with me knew this battle would be difficult as they could not impact freewill in the lower realms. Even the purest of souls would become tainted as everyone would forget their purposes when coming to Earth. No matter why souls came (to learn, to heal Karma, to fulfill missions) all wanted to experience love as a human and freewill always confused the purpose.

The laws that the Creator put in place because of this war were to ensure that creation was from the source of love. All other sources were not for creation and freewill was the ingredient to distinguish the difference in the lower realms. Fear was the source of darkness and was motivated by control. Love was the source of creation for all. Freewill was the connection between these frequencies and the Creator ensured each law was upheld with the assistance from those who are called the Benevolent Ones. I was in a battle to keep a loving frequency and in the middle of a war that the Source of Darkness was in with the Creator of All. The war was for control over freewill. The dark forces were powerful and when in human form, I could not consciously bring forth an understanding of what these forces were capable of in my thoughts.

Earth held a very heavy density and the negative frequencies overpowered the love in all other realms. In the negative frequencies lived those who thrived on the need to control thoughts. If they could not impact the thoughts, they would attack the body. Once one surrendered to these forces, they would put all their energies into those full of love to slowly block the loving thoughts. The goal was to make them sit in the quicksand of the lower frequencies.

Even during the times of my awareness, this dark level could block my abilities to become consciously awake to bring forth the higher realms. I could feel the higher levels in the wind, the sun, the air and in the heart. My challenge lied within the thoughts. The gravity held a frequency where those from a dark source silently moved, and this level impacted my thoughts. Even when I knew what I heard in my thoughts was not true, by the time I was aware that it was happening, this source had already seeped down from my thoughts and into my heart. Once it mixed into my heart, it would pull the light source from my soul and I would become weak against this force as it mixed inside.

I was not prepared for this struggle and as the force of darkness silently grew, I became covered with the illusions created in the web of darkness. I forgot why I came to Earth and why I lived inside the human body. I began to feel trapped and no longer wanted to be in physical form. The hatred grew until each day became a struggle. I believed the illusions and the fear of being alone overpowered me. I no longer felt love and forgot how to create for the betterment of all. As I grew in human form, my soul ,that is the light of who I really am, began to dim and my heart began to hurt. No feelings of love resulted in no inspirations. I began to hate myself and forgot about the mission that I came to complete. As my soul became weaker, those who surrounded me from behind the veil where the lower frequencies placed me into were no longer felt, seen, or heard. The window into the other realms collapsed and I felt trapped in this place where all fears dwell. (To be continued)

Posted by In the Mind of Something Greater at 9:20 PM

All content from this blog can be copied for educational purposes only with the requirement that the author gets recognition for the information.